In Africa, August offers from Middle Eastern suppliers indicated rollovers or moderate gains as compared to July levels in most regional markets. Although supplies were not ample, weakened demand conditions prevented sellers from seeking large hikes in August.

“We are waiting to hear from Asian suppliers but they are unlikely to be competitive against their Middle Eastern counterparts,” a trader said, citing increased freight costs.

The trader also reported a log of pending orders from the major producer and said:

“Delayed shipments are affecting the supply levels in the market. Supplies are diminishing fast and this keeps prices firm despite the disappointing demand.”

Access to foreign currency was also reported to have been restricted in Nigeria. In late July, Nigeria’s central bank halted the sale of foreign exchange to money changers. The decision, which was aimed at easing pressure on the nation’s currency, halted the central bank’s supply of $5.72 billion annually.

In Kenya, a major Saudi producer’s new offers increased by $40-50/ton, with the exception of LDPE film grades, which remained stable from July levels. According to daha from ChemOrbis Price Index, this marked the first increase since May.

Players reported slower-than-normal market activities and dwindling end-product sales. “Supplies are not ample but they are enough to meet demand,” a trader said.

In South Africa, offers for Saudi LDPE film were stable from July while HDPE film and LLDPE C4 film offers increased by around $40/ton. The supply availability was largely balanced with demand. “Players are pushing for lower deals, largely due to slow activities,” a trader in Durban said.

In Algeria, sluggish demand overshadowed the fact of limited availability in the region. Accordingly, the latest offers for LDPE film and PPH grades were stable from last month while HDPE and LLDPE C4 film prices dropped by $20-70/ton.

“Activities are slow as buyers are limiting their purchases to immediate requirements,” a trader in Algiers said. 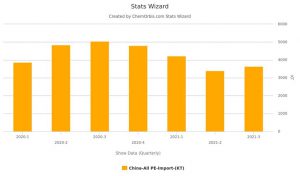 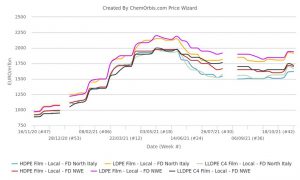 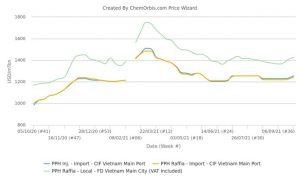 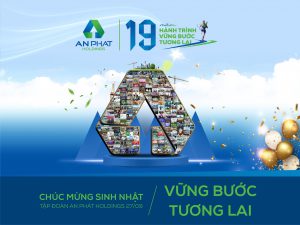 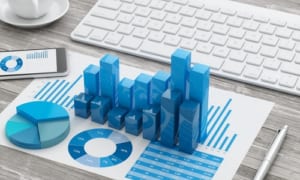