Europe’s PE markets have reversed the course after seven straight months of hikes to recede from their all-time highs on the back of aggressive import offers and growing resistance against inflated prices.

PE suppliers initially approached the market with rollovers to increases for European origins, with the support from the ethylene hike. However, they had to take a step back and apply discounts in a bid to stimulate buying interest as the month wore on.

Aggressive imports have served to cease the 7-month bullish rally in the spot market. Europe’s massive premium over other global markets attracted more import cargoes. Arriving imports brought some relief to the regional markets, which had been grappling with tightness amid production glitches and logistical hurdles impeding imports.

Non-European origins stand roughly €200-300/ton below the prevailing spot ranges, which adds to the pressure on the regional suppliers.

As for LDPE, Saudi material was offered at €1950/ton FD Italy, 60 days. Although not widely confirmed at the time of writing, a few buyers reported offers at or slightly below the €1900/ton FD level. Russian, Saudi, and US LLDPE C4 film was offered within the range of €1600-1650/ton with the same terms.

PE still at record-highs after drops

Spot PE markets on FD Italy/NWE basis still stand at all-time highs after coming off their peaks. Meanwhile, the pressure on LDPE was rather moderate compared to other grades. HDPE grades saw sharper decreases.

Despite the recent fall, the weekly average of LDPE and LLDPE prices on FD Italy basis remained 113% higher than the levels in November 2020, when the uptrend first kicked off. HDPE grades still stand nearly 90-100% above November levels, meanwhile. 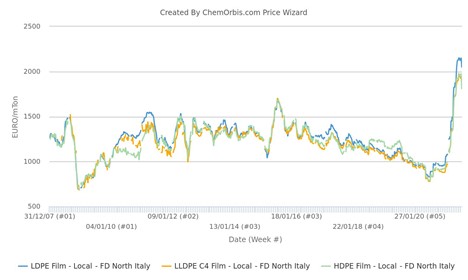 June drops failed to stir demand as buyers expect spot prices to retreat further in the latter half of the month and July. They refrain from committing to new materials, considering the fact that prices still stand at inflated levels. A converter said, “End customers have also been sidelined as they wait to see raw material decreases, which is crimping activity in general.” 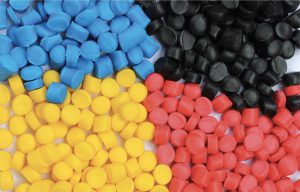 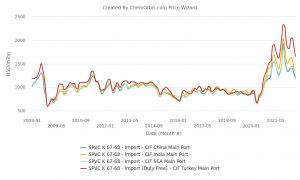 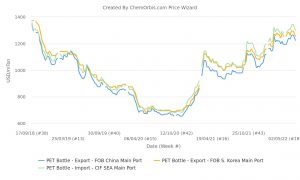 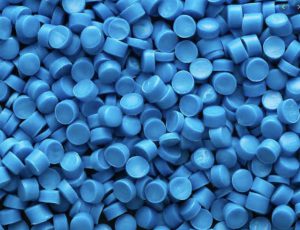 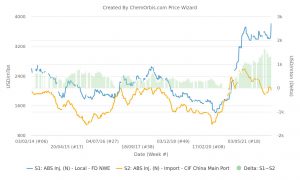 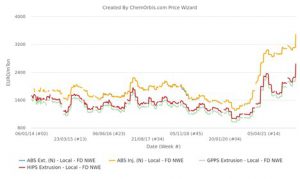